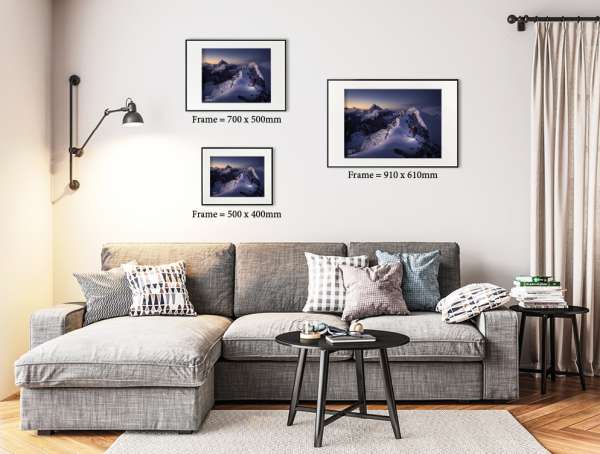 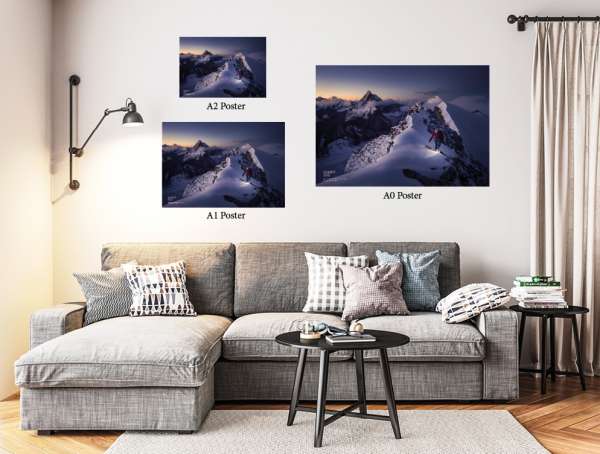 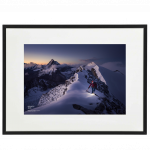 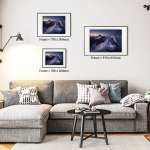 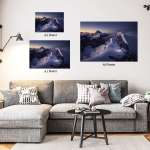 The Banff team selected this winning photo as it captures the energy and spirit of adventure in the mountains, combined with its atmospheric alpenglow light. Photographer Ben Tibbets took the photo about 40 minutes before sunrise on the 4,357m Swiss peak Dent Blanche, after staying in a mountain hut the night before.

“When we got up at 4am, the temperature was more arctic than alpine,” says Ben. “As we tied into the rope, the sky suddenly blew clear of clouds, and we could see across the beautiful moonlit landscape. I was able to capture this photo of Valentine as she made her way up the ridge towards the first difficult tower, well before the first glimmers of golden light hit the top of the Matterhorn across the valley.”

About the photographer: Ben Tibbets is an adventure photographer, filmmaker, artist and IFMGA mountain guide based in Chamonix. He studied fine art at the University of Edinburgh and the Geneva School of Art and Design, and combines his love of art and photography with his passion for adventure in mountainous environments.

Ben spent nearly two years working as a mountain guide in the Antarctic and over four months in Greenland. In 2018 he became the second British person to climb all 82 of the 4,000m peaks in the Alps. One of Ben’s images was also selected to represent the 2018 Banff festival and tour – the first time the Banff team has chosen work from the same photographer two years in a row.

There are no reviews yet.

Be the first to review “Banff Film Festival – South Ridge of the Dent Blanche in Switzerland” Cancel reply
No more offers for this product!

There are no inquiries yet.